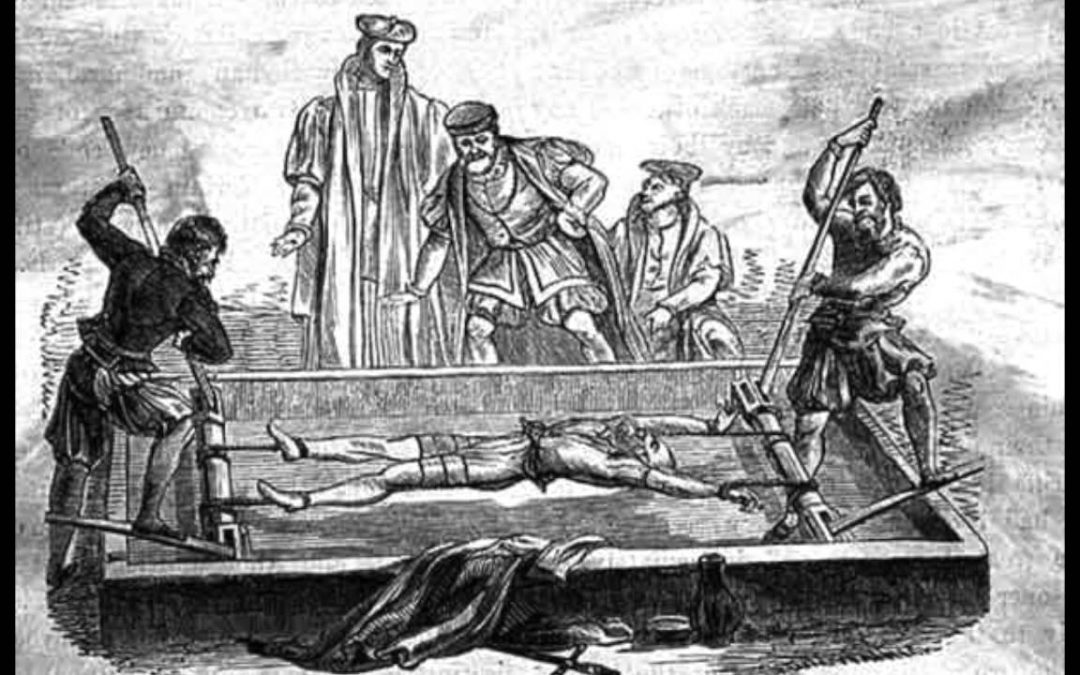 Over the ages, many people have been put to death for crimes they have committed by various methods. For example, in France, around 1789, the preferred method was the guillotine; up until 1981, in fact. The Germans liked ‘firing squads’ (along w/ the ‘falling ax’). In America, the creation of the electric chair was by (believe it!) a dentist, in 1881; Is that surprising? This chair, it was said, was a more humane attempt at ending life than ‘hanging’. The word ‘gallows’ is a Proto Germanic word which meant, pole, rod or tree branch. ‘Auto-da-fe’ or being ‘burned at the stake’ was started in Paris around 1242. France was know for their Inquisition in the 12th century, backed by the Roman Catholic Church. The burn was a tool used to get criminals, witches, sins against the church, etc. to repent of their sins against the church and state. Another form of punishment was being hacked to death;  Many a man had been cut into pieces and his body either burned or strewn across the land he resided in. There have been cases where a persons body had been buried, then exhumed and his bones crushed and burned many years after his death.

Wickliffe had some cause to give them thanks, that they would at least spare him until he was dead, and also give him so long respite after his death, forty-one years to rest in his sepulchre before they ungraved him, and turned him from earth to ashes; which ashes they also took and threw into the river. And so was he resolved into three elements, earth, fire, and water, thinking thereby utterly to extinguish and abolish both the name and doctrine of Wickliffe forever.

It would seem obvious that the most merciful type of punishment was devices like the gallows or hanging, the most merciful; these types of executions were almost instantaneous. the head comes off or the neck snaps and it’s over. Then came the firing squads. A bullet could be pretty quick, but if the marksmen were off a hair, bleeding out could take some time.  Burnings, were obviously torturous and extremely painful. A good example of these burnings can be examples in Foxes Book of Martyrs. Here is an excerpt from the death of John Huss:

These excellent sentences were esteemed as so many expressions of treason, and tended to inflame his adversaries. Accordingly, the bishops appointed by the Council stripped him of his priestly garments, degraded him, put a paper miter on his head, on which was painted devils, with this inscription, “A ringleader of heretics.” Which when he saw, he said: “My Lord Jesus Christ, for my sake, did wear a crown of thorns; why should not I then, for His sake, again wear this light crown, be it ever so ignominious? Truly I will do it, and that willingly.” When it was set upon his head, the bishop said: “Now we commit thy soul unto the devil.” “But I,” said John Huss, lifting his eyes towards the heaven, “do commend into Thy hands, O Lord Jesus Christ! my spirit which Thou has redeemed.”
When the chain was put about him at the stake, he said, with a smiling countenance, “My Lord Jesus Christ was bound with a harder chain than this for my sake, and why then should I be ashamed of this rusty one?”
When the fagots were piled up to his very neck, the duke of Bavaria was so officious as to desire him to abjure. “No, (said Huss;) I never preached any doctrine of an evil tendency; and what I taught with my lips I now seal with my blood.” He then said to the executioner, “You are now going to burn a goose, (Huss signifying goose in the Bohemian language:) but in a century you will have a swan which you can neither roast nor boil.” If he were prophetic, he must have meant Martin Luther, who shone about a hundred years after, and who had a swan for his arms.
The flames were now applied to the fagots, when our martyr sung a hymn with so loud and cheerful a voice that he was heard through all the cracklings of the combustibles, and the noise of the multitude. At length his voice was interrupted by the severity of the flames, which soon closed his existence.
Then, with great diligence, gathering the ashes together, they cast them into the river Rhine, that the least remnant of that man should not be left upon the earth, whose memory, notwithstanding, cannot be abolished out of the minds of the godly, neither by fire, neither by water, neither by any kind oof torment.

Compare all these techniques with that of the Roman punishment of crucifixion; It is said that crucifixion began by the Persians in 300-400 BC; This technique had various names, i.e. tree, stake, stick, cross. Some were actually a stick; others, actual trees and then others that had different shapes (crux simplex-stake, crux commissa-the ‘T’ shaped, crux decussata-‘X’ shaped, and the typical ‘t’ shaped, immissa). The device itself took on many different shapes and ways; some straight up, others upside down, ‘X’ shaped, i.e. the Apostle Peter was said to have been hung upside down. Josephus makes mention in his works that the Roman soldiers were innovative in their attempts so as to not get bored, having done so many under Titus, it became a ritual of sorts and emotionally, the soldiers became complacent towards it.

I was attempting to provide the reader here with some articles on the results of being crucified, but most of the articles bordered on a break in the Regulative Principle; in that, I will attempt to summarize the agony that came with the sentence.

Crucifixion is derived from a latin word, ‘crucifixio’ or crucifixus, which means, fixed to a cross or attached. Those ‘fixed’ were attached by bindings or were nailed to the device. In ancient days, crucifixion carried with it much stigma; many times the person was bared naked for all to see; it was humiliating, beyond just the crime and penalty. 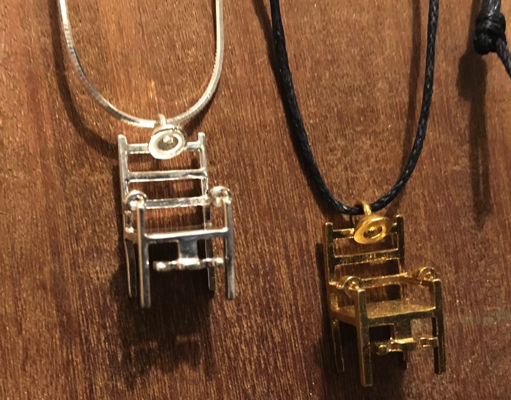 One can see, apart from being burned at the stake, crucifixion was one of the worst penalties a person could face. The burning was quicker, maybe more painful, but crucifixion was a longer, tortuous penalty for sure. It is a wonder why present day Christians wear crosses around their necks. Granted, we all know what it signifies and thats why they are worn. I have always wanted to get a gold electric chair to wear around my neck as a device of inciting conversations.

Many times, I have seen people wearing crosses as jewelry and have inquired why they wear them. The person did not go to church, was not a member of any local church, never received the means of grace and had not submitted to the ways of Christ. Simply put, they would tell me that they wore it because it was an ornament (jewelry). I would expound on the crucifixion of Christ and the torment it brought Him for the sins of His people and that ‘He wore it too! But in an entirely different way than you are wearing it’.