The One Sin That Will Keep You Out of Heaven 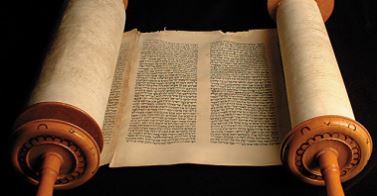 Most believers know that there is a sin that is unforgivable, that being the ‘Blasphemy of the Holy Spirit’.  The “blasphemy against the Holy Spirit” is a term taken from the Gospels, where Jesus calls this a sin for which there is no forgiveness (Luke 12:10, cf. Matthew 12:32; Mark 3:29). In essence, it is a rejection of the Gospel message and of the truth of scripture.

Most people believe, on the day of their death, that God will take out a big scale and weigh their sins against their good deeds, and if their good works outweigh their sins, they will be allowed entrance into glory. This thinking is prevalent based on the fact that most belief systems are biblically faulty and fall prey to Arminiainism. Arminiainism is a theological system where it can be summarized as ‘working your way to Heaven’. It destroys the works of God and Christ. Consider the reasons that the Godhead covenanted, before time began, to send a savior to God’s people because they could never save themselves. The problem of sin, warranted a sinless sacrifice; God’s law and justice demanded it! Consider the sin that will keep all out of Heaven. One might think that this sin has got to be the sin of ‘Blasphemy against the Holy Spirit’ as described in the gospels. This is true. However, on the foot heels of this sin is the sin, guilty of keeping all unbelievers out!

Whittling this down, there is the sin passed down by Adam to all mankind. When all of us were born into time, we came with a stain. It was a defect deep down into our genome. If a man were to keep sinless, throughout his life, this sin alone, damns us, never mind the warehouse full of sin that most of us collect through our lifetimes. What does one do with these? All of us, outside of Christ, carry these sins to the judgement seat of Christ. It is preposterous to think any sin can enter glory. Heaven is perfect and no sin can enter. Holiness reigns and everything there is perfect.

Christ tells us in the gospels, ‘cast your burdens on me, for I care for you’. Christ is a perfect sacrifice; He is a pack mule for sin.  He laid down His life for the elect. He was agreeable to the covenant He and God the Father agreed upon. None of us deserve this, mind you; we all deserve hell, for even the one sin that we didn’t necessarily commit, never mind all of the other sins we did. Grace is a beautiful thing. God, in His mercy, decides to forgive sin, in His Son, Christ Jesus. For no reason except for being gracious and kind toward the creature. Nothing in us is deserving of mercy. All of us are guilty of nailing Christ to the cross. In all of this, we believe, outside of Christ, that there is something good in us for God to excuse the other billion sins we have committed against His law. Most reply, ‘Generally, I am a good person. yes, I sin from time to time, but they are not great sins!’.

Let’s consider that; exclude Adams stain for a moment. You are 2 years old. You want food. Your Mother does not feed you as efficiently as you would like. You throw a tantrum in anger towards her. As per Jesus’ statement in the gospels, you are a murderer (Matt 5:21-22). The sin of murder on your plate excludes you for glory. It is one sin that keeps most men out of Heaven, never-mind their warehouse full of them.

The next thing to consider is why, if men can work out their own salvation, why did Jesus even come? What did His sacrifice accomplish? Was it only a help-aid for mankind. An appeasement to God’s justice. The sacrifice of Christ, plus the good works of men, combined in the scale of justice? It seems odd in that there would be a good possibility, given these parameters, that Heaven could be empty. This thinking is akin to the temple sacrifices in Old Testament Israel. The temple sacrifices, never forgave sin (Heb 10:4), just covered them; think of it as an i.o.u. Hence, thinking along these lines says that the sacrifice of Christ never atoned for sin, but just helped. This is wrong on many fronts. What did Christ mean when he said, ‘it is finished’?

When Christ died on the Cross, he took on all sin of the elect, not all the sins of the world, else, all would be saved. The Reformed reject universalism. It is contra-biblical! The New Testament is rich with the terms, ‘elect’, election, elected, etc. These terms are exclusive. They are referring to all the names ‘written in the book of life’. The book of life was written outside of time, ‘before the foundation of the world’. The names in there are all the elect of God. Strangely, those that read from the text and argue against the doctrine of election, do not process the gravity of this statement alone. Consider Pharaoh, Judas etc.