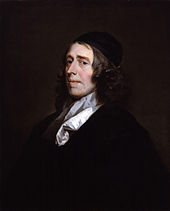 Born at Stadhampton, Oxfordshire, Owen was educated at Queen’s College, Oxford, where he studied classics and theology and was ordained. Because of the “high-church” innovations introduced by Archbishop William Laud, he left the university to be a chaplain to the family of a noble lord. His first parish was at Fordham in Essex, to which he went while the nation was involved in civil war. Here he became convinced that the Congregational way was the scriptural form of church government. In his next charge, the parish of Coggeshall. in Essex, he acted both as the pastor of a gathered church and as the minister of the parish. This was possible because the parliament, at war with the king, had removed bishops. In practice, this meant that the parishes could go their own way in worship and organization.

Oliver Cromwell liked Owen and took him as his chaplain on his expeditions both to Ireland and Scotland (1649-1651). Owen’s fame was at its height from 1651 to 1660 when he played a prominent part in the religious, political, and academic life of the nation. Appointed dean of Christ Church, Oxford, in 1651, he became also vice-chancellor of the university in 1652, a post he held for five years with great distinction and with a marked impartiality not often found in Puritan divines. This led him also to disagreement, even with Cromwell, over the latter’s assumption of the protectorship. Owen retained his deanery until 1659. Shortly after the Restoration of the monarchy in 1660, he moved to London, where he was active in preaching and writing until his death. He declined invitations to the ministry in Boston (1663) and the presidency of Harvard (1670) and chided New England Congregationalists for intolerance. He turned aside also from high preferment when his influence was acknowledged by governmental attempts to persuade him to relinquish Nonconformity in favor of the established church.

His numerous works include The Display of Arminianism (1642); Eshcol, or Rules of Direction for the Walking of the Saints in Fellowship (1648), an exposition of Congregational principles; Saius Electorum, Sanguis Jesu (1648), another anti-Arminian polemic; Diatriba de Divina Justitia (1658), an attack on Socinianism; Of the Divine Original Authority of the Scriptures (1659); Theologoumena Pantodapa (1661), a history from creation to Reformation; Animadversions to Fiat Lux (1662), replying to a Roman Catholic treatise; Doctrine of Justification by Faith (1677); and Exercitationes on the Epistle to the Hebrews (1668-1684).