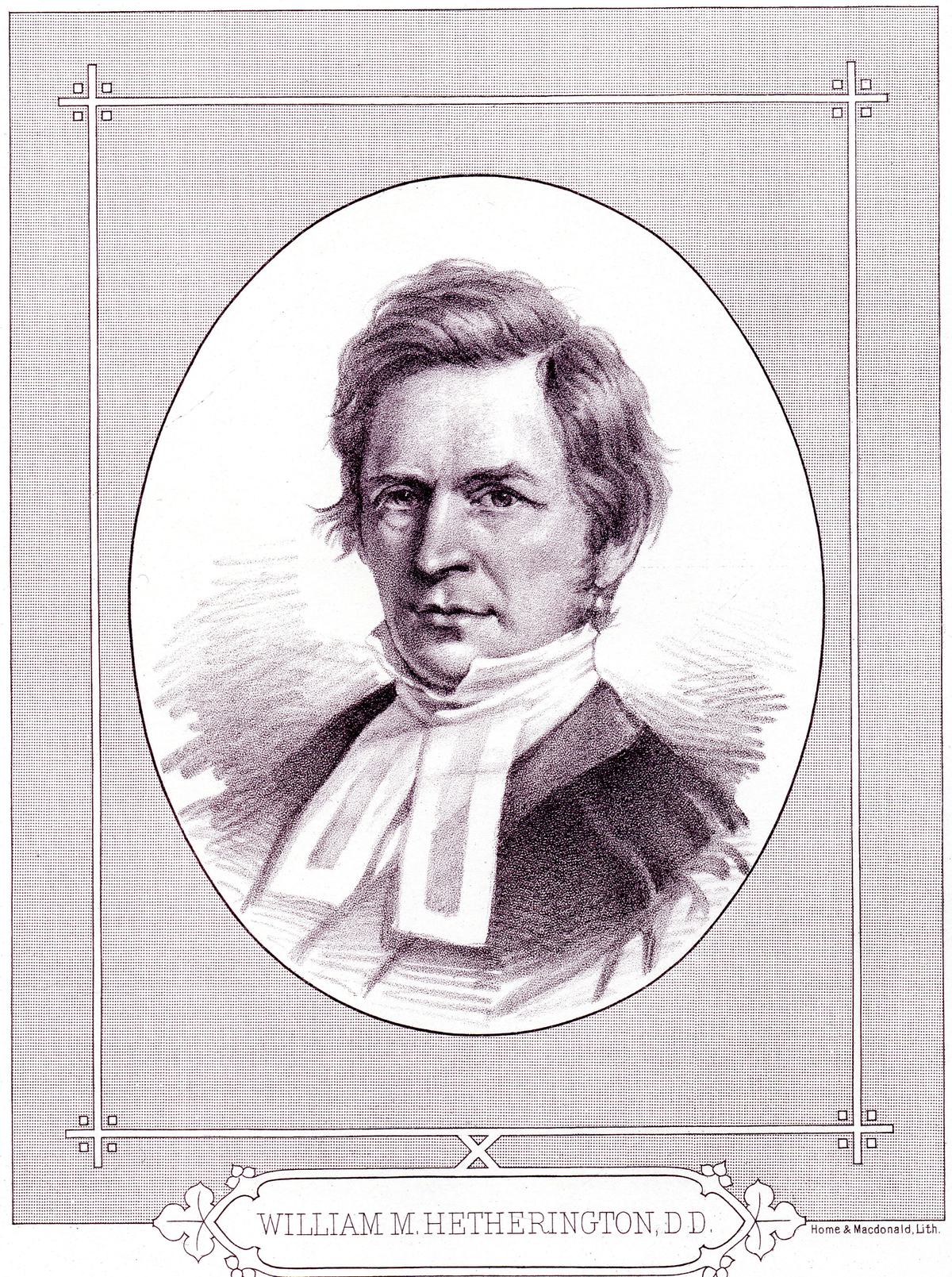 HISTORY OF THE WESTMINSTER ASSEMBLY OF DIVINES

Importance of the Westminster Assembly, – Quarrel between Henry VIII and the Pope, – Cranmer’s Suggestion,– Henry styled Supreme Head of the Church,– Effects of the Power thus assumed,– Six articles of Religious Agreement,– Reformation promoted by Edward VI.,– The Liturgy and Book of Ordinations,–

Convocation – Close of Reforming Period, – General View of the Grounds of Controversy between the – Court Divines and the Reforming Party, – Despotic Injunction of the Queen, – Suspension of those who refused to Conform, and who, wishing greater Purity, were now called Puritans, – Remonstrances of Foreign Churches, –

The Puritans begin to form a separate Body, – Chief Differences between them and the Church, –

Their first Communion interrupted, – Parliament attempts to interpose, but in vain, – State of Religion in England, – Associations for Worship, Discipline, “Prophesyings,” – Cartwright and Whitgift, –

Rise of the Independents, or Congregationalists,

The King’s Book of Sports, – The King’s Despotism begins to rouse Parliament, – Acession of Charles I, – Despotic Principles of the High Church Party, – The Parliament begins to defend Liberty, Civil and Religious, –

The Book of Sports revived, – Continued Contest between the King and Parliament, – Laud’s cruel Treatment of Leighton, Burton, Bastwick, and Prynne, – Hampden and the Ship-money Tax, – The Emigration of Hampden and Cromwell prohibited, – Laud reaches the Climax of Prelatic Usurpation, – Abortive attempts to force Prelacy on Scotland, –

The Long Parliament called – Its vigorous measures, – Laud and the Earl of Strafford impeached, – Prelatic Controversy – Smectymnuus, – Parliament declares its own sittings permanent, – Protestation of Parliament, – The King in Scotland, – Remonstrance of the House of Commons, – Impeachment of the Bishops, – The King attempts to seize the five Members, and then leaves London, –

The Royal Standard raised at Nottingham, – Bill for the Abolition of Prelacy, – Ordinance calling the Assembly of Divines, – Outline of Scottish Affairs, – Reflections suggested by the preceding Narrative, –

CHAPTER 2
MEETING OF THE WESTMINSTER ASSEMBLY

The Subject of Ordination introduced, – The Struggle between the Parties begun, – Proposition of the Independents concerning Ordination, – Consent of the Congregation to, or Election of the Pastor, – Alterations made by the Parliament in the doctrinal part of Ordination successfully resisted by the Assembly, – Directory for Public Worship, – Form of Church Government and Discipline, – Opposition made by the Independents, – Their “Apologetical Narration” – Extracts, – Answers to that Work – Antapologia, – Remarks on the Independent Controversy, – The arguments on both sides stated, – Admission of a close Approximation, – “Many Congregations under one Presbytery” debated, – Remarkable Debate between Selden and Gillespie, – Nye’s Argument against Presbytery censured, – Admissions by the Independents, – Committee of Accommodation, – Proceedings of that Committee, – Debate on Congregational Ordination, – Suspension from Sacraments, and Excommunication, – Reasons of Dissent by the Independents, – Independents requested to state their own Model, – They decline, and publish “A Copy of a Remonstrance,” – Answer to this by the Assembly, – Committee of Accommodation revived – Abandoned, – Remarks on this Controversy and its Consequences, –

Preliminary Remarks on the Erastian Theory, – Seldens’ Hint respecting Excommunication, – His Argument on 1 Corinthians 5: 4, – Selden’s Argument on Matthew 18: 15-18, – Answered by Gillespie, – Whitelocke’s Argument and Suggestion on Divine Right, – Firmness of the Assembly – Successful, – Whitelocke and the jus divinum Claim in Parliament,

Conduct of Parliament on the Suspending of Ignorant and Scandalous Persons from that Lord’s Table, – Selden’s Argument on that subject, – Whitelocke’s Argument, – Remarks on these Arguments, – Ordinance upon Suspension, etc. – Erastian Clause, – Petitions from London and the City Ministers, –

Ordinance for the Choice of Elders – Erastian Clause, – Remonstrance of the Scottish Parliamentary Commissioners, – Haughty Conduct of the English Parliament, – Petition of the Assembly – How received, – The Parliament’s jus divinum Questions, – The Assembly’s Deliverance on the essential element of the Controversy – Firmness of the Assembly, – The Assembly prepares Answers to these Questions, – The jus divinum Treatise by the City Ministers, – Outline of Political Events, – The King Retires to the Scottish Army – Altered tone of Parliament, – Erastian Clause Removed from the Ordinance for the choice of Elders and erection of Presbyteries, – The King in the Scottish Army – Negotiations, – Vindication of Scotland from the Accusation of having Sold the King – True state of the matter, –

Removal of obstructions, and erection of Presbyteries and Synods, – Negotiations with the King – Votes of Parliament concerning Church Government and Toleration, – P REPARATION OF THE C ONFESSIONS OF F AITH, – Not the slightest Erastian modification admitted, – Presented to Parliament – Scripture Proofs required, –

CHAPTER 5
CONCLUSION OF THE WESTMINSTER ASSEMBLY.

THE CATECHISMS COMPOSED, – Inquiry concerning the Authorship of the Catechisms, – Departure of the Scottish Commissioners, –

Dissolution of the Assembly,

Ratification of the Westminster Assembly’s productions by the Church of Scotland, with Explanations, – Outline of Subsequent Events in England, – Usurpations of the Army and Cromwell, –

The King in the Isle of Wight – Negotiations, – Death of Charles I, – Dissolution of the Long Parliament and the Westminster Assembly, – The Engagement – Ejection of Presbyterians, – Committee of Triers, –

The Act of Uniformity – Two Thousand Presbyterian Ministers Ejected on St. Bartholomew’s Day, – Divines of the Westminster Assembly Ejected, – Retrospective View of the whole subject, – Main object of the Westminster Assembly, – Advantages of Religious Uniformity, – Effects of the Assembly – On Universities, – On Theological Literature, – On the State of Education in England, – Sectarianism – State of the Army, – On Religious Toleration, – Its True Nature intimated, – Liberty of Conscience, – How Misunderstood by both Parties, –

THEOLOGICAL PRODUCTIONS OF THE WESTMINSTER ASSEMBLY

– What a Confession of Faith really is, – Comprehensiveness and Accuracy as a system, – Relation to Church History, – Precision of Thought and Language, – Statement of Coordinate Jurisdictions, – True Liberty of Conscience, – Plan of the Confession, – The Catechisms, – Anecdote of Gillespie, – Relation of the Confession to the idea of a General Protestant Union, – Coincidences between the period of the Westminster Assembly and the present times, – Protestant Union yet Attainable, – Conclusion, –