The *Milenary Petition of King James I 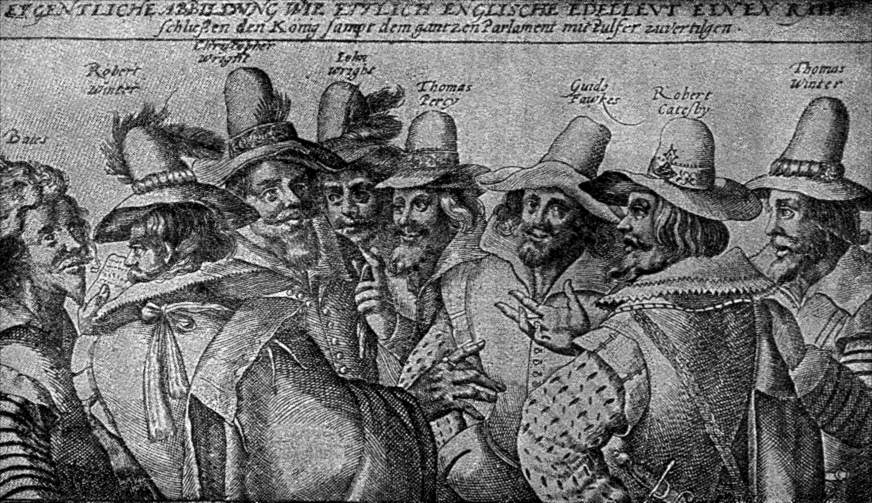 ” The humble petition of the ministers of the Church of England desiring reformation of certain ceremonies and abuses of the Church.

To the most Christian and excellent prince, our gracious and dread Sovereign, James, by the grace of God, &c., we, the ministers of the Church of England that desire reformation, wish a long, prosperous and happy reign over us in this life, and in the next everlasting salvation.

Most gracious and dread Sovereign, seeing it bath pleased the Divine Majesty, to the great comfort of all good Christians, to advance your Highness, according to your just title, to the peaceable government of this church and commonwealth of England, we, the ministers of the gospel in this land, neither as factious men affecting a popular parity in the church nor as schisrnatics aiming at the dissolution of the state ecclesiastical, but as the faithful servants of Christ and loyal subjects of your Majesty, desiring and longing for the redress of divers abuses of the church, could do no less in our obedience to God, service to your Majesty, love to his church, than acquaint your princely Majesty with our particular griefs. For, as your princely pen writeth, the King as a good physician must first know what peccant humours his patient naturally is most subject unto before he can begin his cure. And although divers of us that sue for reformation have formerly in respect of the times subscribed to the book, some upon protestation, some upon exposition given them, some with condition, rather than the church should have been deprived of their labour and ministry, yet now we, to the number of more than a thousand of your Majesty’s subjects and ministers, all groaning as under a common burthen of human rites and ceremonies, do with one joint consent humble ourselves at your Majesty’s feet, to be eased and relieved in this behalf. Our humble suit then unto your Majesty is, that [of] these offences following, some may be removed, some amended, some qualified:

I.     In the church service, that the cross in baptism, inter­rogatories ministered to infants. [and] confirmation. as superstitious, may be taken away. Baptism not to be ministered by women, and so explained. The cap and surplice not urged. That examination may go before the communion. that it be ministered with a sermon. That divers terms of priests and absolution and some other used, with the ring in marriage, and other such like in the book may be corrected. The longsome­ness of service abridged. Church songs and music moderated to better edification. That the Lord’s day be not profaned: the rest upon holidays not so strictly urged. That there he an uniformity of doctrine prescribed. No popish opinion to be any more taught or defended: no ministers charged to teach their people to bow at the name of Jesus. That the canonical scriptures only be read in the church.

II. Concerning church ministers, that none hereafter be admitted lnto the ministry but able and sufficient men, and those to preach diligently, and especially upon Lord’s day. That such as be already entered and cannot preach may either be removed and some charitable course taken with them for their relief; or else to be forced, according to the value of their livings, to maintain preachers. That non-residency be not permitted. That King Edward’s statute [5 & 6 E. VI. 12] for the lawfulness of ministers’ marriage be revived. That ministers be not urged to subscribe but (according to the law) to the articles of religion and the King’s supremacy only.

III.  For church living and maintenance, that bishops leave their commendas, some holding prebends some parsonages, some vicarages, with their bishoprics. That double-beneficed men be ot suffered to hold some two, some three benefices with cure, and some two or three or four dignities besides. That impropriations annexed to bishoprics and colleges be demised only to the preachers’ incumbents for the old rent. That the impropriations of layman’s fees may be charged with a sixth or seventh part of the worth, to the maintenance of the preaching minister.

IV.  For church discipline, that the discipline and excom­munication may be administered according to christ’s own institution, or at least that enormities may be redressed; as, namely, that excommunication come not forth under the name of lay persons, chancellors, officials, &c. That men be not excommunicated for trifIes and twelvepenny matters: that none lie excommunicated without the consent of his pastor. That the officers be not suffered to extort unreasonable fees. That none having jurisdiction or registers` places put out the same to farm. That divers popish canons (as for restraint of marriage at certain times) be reversed. That the longsomenes of suits in ecclesiastical courts (which hang sometime two, three, four, five, six or seven years) may be restrained. That the oath ex officio, whereby men are furred to accuse themselves, he more sparingly used. That licences for marriage without banns asked be more cautiously granted.

These, with such other abuses yet remaining and practised in the Church of England. we are able to show not to he agreeable to the Scriptures, if it shall please your Highness further to hear us, or more at large by writing to be informed, or by conference among the learned to be resolved. And yet we doubt not but that without any further process your Majesty (of whose Christian judgment we have received so good a taste already) is able of yourself to judge of the equity of this cause. God, we trust, hath appointed your Highness our physician to heal these diseases. And we say with Mordecai to Hester, ‘Who knoweth whether you are come to the kingdom for such a time ?’ [Esth. iv. 14]. Thus your Majesty shall do that which we are persuaded shall be acceptable to God, honourable to your Majesty in all succeeding ages, profitable to his church, which shall be thereby increased, comfortable to your ministers, which shall be no more suspended, silenced, disgraced, imprisoned for men`s traditions, and prejudicial to none but to those that seek their own quiet, credit and profit in the world. Thus with all dutiful submission referring ourselves to your Majesty’s pleasure for your gracious answer as God shall direct you, we must humbly recommend your Highness to the Divine Majesty, whom we beseech for Christ his sake to dispose your royal heart to do herein what shall be to his glory, the good of his church, and your endless comfort.

Your Majesty`s most humble subjects, the ministers of the gospel, that desire, not a disorderly innovation, but a due and godly reformation. “

*Millenary Petition, moderate request for changes in certain practices within the Church of England, presented to King James I of England in April 1603 by Puritan ministers. It received its name from the claim by the authors that it had been signed by 1,000 (Latin millenarius, “of a thousand”) Puritan ministers. Some practices objected to were ceremonial, such as the priest’s making the sign of the cross during Baptism, use of the ring for marriage, the rite of confirmation, and ministers’ wearing of surplices. The petition caused the King to call the Hampton Court Conference (q.v.), where most of the Puritans’ requests were rejected.