Arminianism in the Pilgrimage of the Soul by John Murray 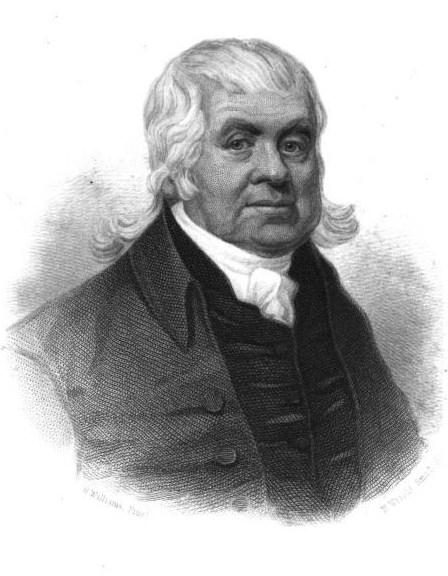 Arminianism in the Pilgrimage of the Soul
John Murray

To some it might seem unnecessary and even wickedly controversial to thrust upon readers any discussion of Arminianism. This might appear to be the case for two reasons. First of all, why should we revive ancient controversies and thereby provoke animosities that have long since died the death of old age? Arminianism takes its name from James Arminius who died in 1609. Who in this age, with its multitudinous problems of a very practical kind, has time or use for the fine points of a theological debate that is now three centuries old?

Secondly, why should we even run the risk of making division among brethren over such issues? Arminians believe the Bible. They accept fundamental verities like the Trinity, the Deity of Christ, the Incarnation of the Eternal Son, the Virgin Birth, the Bodily Resurrection of Christ, Justification by Faith, the Resurrection of the Body, Heaven and Hell. Why should we, when confronted with common enemies like Modernism, Christian Science, and Mormonism, not to mention a host of other pagan philosophies and religions, engage in bickering controversy with those who are agreed on the great fundamentals? These two plausible reasons for the avoidance of such discussion are obviously self-contradictory. The second presupposes the falsity of the first. Nevertheless, they are arguments that sometimes lie side by side.

Although it is true that Arminianism derives its name from a man who died in 1609, we are not to think that that which it represents is a dead issue. A very cursory survey of present-day conditions in the church will disclose that fact, for there are multitudes in the Protestant church who hold and avow the tenets given vogue by James Arminius. This is true whether they are aware of it or not, or whether they have ever heard of Arminius or not. So, while our interest in Arminius himself maybe largely an historical one, we have to be interested in that which Arminianism represents. We have to be because we are either living it or we are living next door to it. We cannot but be interested in the view we ourselves hold or the view held by our next-seat neighbour in the church. We cannot get away from it if we are to think and live in a way worthy of even mediocre Christian intelligence.

The second argument appears much more weighty. For, after all, however much it may appear to seem that we like fighting, very few of us indeed like to dispute with those whom we are constrained to acknowledge as brethren for whom Christ died. Most of us, I think, recoil from it. And it is natural that that recoil should sometimes lead us to construct a rather plausible argument whereby we seek to justify our avoidance of it.

There is, however, just one thing that prevents our escape, and that is conviction. When we say conviction we mean something more precious than life. In this matter it is not bare conviction. That may be terribly right or terribly wrong. But it is conviction of truth and truth is always God’s truth. It is not ours. Truly it is ours by conviction; but it is God’s by source and authorship.

Well, what is this conviction of truth that concerns Arminianism? No doubt many readers have had some trouble with the doctrine of election. Perhaps you have endured the sorest travail of soul in connection with it. Perhaps, when you were aroused to some intelligent interest in this matter, there was one doctrine you found in Scripture that appeared to present an insuperable enigma, indeed an insuperable barrier to saving hope. Oh, you have said, if only I could tear out of the Bible that horrible doctrine of election, together with its companion doctrine of reprobation? Foreordination? That is what cuts athwart the path of my hope. For it cuts away every inducement to any effort on my part. If I am elected, you have said, I shall be saved in any case. If I am not elected, I am foredoomed to perdition, whatever I may try to do in the matter. I have no way of knowing in what class I am. And so bewildering perplexity, if not despair, was the result.

But some evangelist came along and appeared to be the ambassador of peace to you in this slough of despond. He told you that God did not in the exercise of His sovereign good pleasure from all eternity elect some to salvation and foreordain others to death. No, not at all. Truly, he said, election is in the Bible, but you have misunderstood it. The election you find in the Bible is just the election of those who will believe. God foresaw from eternity who would believe in Christ and who would not. And so He elected those whom He foresaw would believe and, of course, did not elect those whom He foresaw would reject. There is no such thing, said he, as unconditional election. After all, it is entirely left to you whether you will accept or reject the gospel.

A wave of new hope invaded your soul. You began to take courage. God has left me, you said, with my responsibility. The exercise of that responsibility is my part, it is my contribution. If I do my part, God will do His. God gives to all men a chance of salvation, and it is simply up to me to take advantage of that chance. “Now is the accepted time; now is the day of salvation.”

It must not be said that the breeze of hope that crossed the brow of your despondent soul had no justification at all. There was some truth in this experience of yours. But it was truth distorted by the most dangerous error. And God was merciful to your soul. He did not allow that momentary peace to continue. The breeze of refreshment passed and the fever of despondency again settled upon your soul.

For you began to read your Bible and you read in Ephesians 1:4-6, “According as he hath chosen us in him before the foundation of the world, that we should be holy and without blame before him in love: having predestinated us unto the adoption of children by Jesus Christ to himself, according to the good pleasure of his will, to the praise of the glory of his grace, wherein he hath made us accepted in the beloved.” You read this, you read through the chapter, you read the second chapter too, and you read other portions of Scripture to the same effect. You said to yourself, This sounds very like the doctrine I was taught in the Shorter Catechism, “God having, out of his mere good pleasure, from all eternity, elected some to everlasting life, did enter into a covenant of grace, to deliver them out of the estate of sin and misery, and to bring them into an estate of salvation by a Redeemer” (Q. 20).

So again you found yourself in the grip of the old enigma, and you could not accept the solution of your good-intentioned evangelist. It did not accord with your understanding of the truth of Scripture. God was merciful to your soul. He had led you to put truth above even the relief you so much sought and needed.

But another evangelist came along. He appeared severe, even harsh. He preached total depravity. He preached unconditional election. His emphasis upon the absolute sovereignty of God was irresistible. He appeared to have little sympathy with the deep wound that was cutting into the vitals of your spirit. He drove the sword even more penetratively. But his message rang true to Scripture. It bore the hallmark of truth. It commended itself to your conscience in the sight of God. It met with profound response in your soul.

That same evangelist, however, preached the gospel of sovereign grace, of full and free salvation. The overtures of the gospel, he said, were given in the full, free and unfettered call of the gospel to sinners. He represented Christ in all the glory of His Person and in all the perfection of His finished work. In Christ’s name he invited you to Christ. He said that this free offer of salvation to you as a sinner dead in trespasses and sins came to you upon the very crest of the wave of the divine sovereignty, that it was the waves of the divine sovereignty that brought these sweet overtures of grace and love, and caused them to break upon the very threshold of your need and responsibility. He told you that it was not as one informed or convinced of your election by God that you were invited, exhorted, commanded and called to put your trust in Jesus’ name, but as a sinner lost and condemned. He told you that your election was not the warrant upon which you were to believe in Jesus, but rather that the warrant upon which you were to trust in Him was His all-sufficiency, all-suitability and perfection as Saviour, together with the invitations, demands and promises of the gospel. He quoted “Him that cometh unto me, I will in no wise cast out,” “The Spirit and the bride say, Come. And let him that heareth say, Come. And let him that is athirst come. And whosoever will, let him take of the water of life freely.” Your heart was drawn. The glory and love of Christ captivated your heart. The simplicity and beauty of the gospel placed an irresistible mysterious constraint upon your spirit. It was all so simple, it was all so harmonious. You entrusted yourself to the Saviour of sinners. You had peace with God through our Lord Jesus Christ. The peace of God that passeth all understanding possessed your heart and mind. “Effectual calling is the work of God’s Spirit, whereby, convincing us of our sin and misery, enlightening our minds in the knowledge of Christ, and renewing our wills, he doth persuade and enable us to embrace Jesus Christ, freely offered to us in the gospel” (Shorter Catechism Q.31). God was merciful to your soul.

Well, do you know that yours was the pilgrimage of a soul through what is the very essence of the Arminian controversy? It was just the great issues that were at stake in centuries of theological debate that were being fought in the little world of your soul. For this is not, after all, a mere academic affair. It is not the playground of idle theological scholastics. It is a matter that concerns the integrity of truth and the purity of the gospel. It is a matter of life and death.

Now you have no dispute with sovereign and unconditional election. You see clearly that, if it were not for the sovereign electing grace of God, there would be salvation for none. You now rejoice with a joy that is unspeakable and full of glory in the electing love of God the Father, the redeeming love of God the Son and the regenerating love of God the Holy Ghost. Thanksgiving and rejoicing break into adoration and you say in the words of an ancient liturgy, “One is holy, the Father; one is holy, the Son; one is holy, the Holy Ghost.” You yield the total assent and consent of your spirit to the sovereignty expressed in the words of our Lord, “I thank thee, O Father, Lord of heaven and earth, because thou has hid these things from the wise and prudent, and hast revealed them unto babes. Even so, Father: for so it seemed good in thy sight” (Matthew 11:25-26).