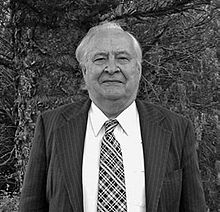 Dr Francis Nigel Lee was born in 1934 in the Westmorland County of Cumbria (in Great Britain). He was the great-grandson of a fiery preacher whose family disintegrated when he backslid. Though Dr Lee’s father was an Atheist, he married a Roman Catholic, who raised her son in that faith. At the onset of the Second World War, Dr Lee’s father was appointed by the Royal Navy as Chief Radar Officer (South Atlantic). So the family then moved to South Africa. There, Dr Lee became a Calvinist, had the great joy of leading both of his parents to Christ and became Minister of God’s Word and Sacraments in the Reformed Church of Natal.
Migrating to the USA, he attended the very first General Assembly of the Presbyterian Church in America, transferred his previous ministerial credentials to that denomination and pastored congregations in Mississippi and Florida. He was also Professor of Philosophy at Shelton College in New Jersey, Research Scholar in Residence at the Christian Studies Centre in Memphis and Academic Dean of Graham Bible College in Bristol, Tennessee. He then served on the Executives of both the British Lord’s Day Alliance (headquartered in London) and the Lord’s Day Alliance of the United States (headquartered in Atlanta). In 1981, the Lee family moved to Australia, where Dr Lee worked as Professor of Systematic Theology and Caldwell-Morrow Lecturer in Church History at the Queensland Presbyterian Theological Hall until his retirement.
Preacher, theologian, lawyer, educator, historian, philosopher and author, Lee produced more than 300 publications (including many books) and also a multitude of long unpublished manuscripts. In addition to an honorary LL.D, he had twenty earned degrees, including some ten earned doctorates awarded for dissertations in law, literature, philosophy and theology.
A diehard predestinarian, Dr Lee routinely rose early, read God’s Word in eight languages and walked a couple of miles before breakfast. He travelled extensively around the World some six or seven times, visited eighty-eight countries (several repeatedly) and was in demand as a promoter of doctoral students in Australia, Britain, South Africa and the United States.
In September, 2011, Dr Lee was diagnosed with incurable Motor Neurone Disease, also known as Amyotrophic Lateral Sclerosis or Lou Gehrig’s disease. Although the disease gradually robbed him of his speech, mobility and ability to write, he conducted himself with dignity and grace to the end. When taken to a neurology appointment in October of that year, he was already wheelchair-bound. The panel of specialists sympathised with his condition and remarked that it would be natural for him to be angry or hope for a less devastating diagnosis. He calmly replied, “Whether I die in 2 years or 2 months, is in God’s hands. My hope is in the next life.” At 7.50 am Friday 23rd December, 2011, Nigel Lee was taken peacefully to his Lord.