Articles about the Church

Presbyterians are never independent. The layperson always has headship. The man, Christ, the woman, her father or husband. In that, Facebook falls under headship. Everything you post on Facebook falls under these same guidelines. We do not separate life into two categories; things we do at church and things we do outside of that church. Believers are either Christian or they are not. We live in the world, but we are not of the world, we are of the family of God. Example, I am caught in a sinful act at work and refuse to hear those who have been placed over me in that employ. My employer brings this issue to my elders. My elders rebuke me and I stand consistent against that charge, even defiant. The charge, at face value, to unbelievers, is seemingly separate from my life in the church. It is not! Charges are filed congregationally by my elders, and rightly so. Nothing that the believer does is independant of the bigger part. Having said that, everything you post on any discussion list, social media, etc, should be considered in light of these realities. My webpage, www. SemperReformada.com is overseen by my local church. My Facebook page is as well. Yes, Christ is the head of man, but that is again, not independant of my local church and elders.

Phil 3:20 For our citizenship is in heaven, from which we also eagerly wait for the Savior, the Lord Jesus Christ,

Well you might ask: “Scott, what if your church told you to stop posting on Facebook or they told you to take down your webpage, would you take it down?”

This is a good question! I am sure there would have to be good reason. I am sure that there would have to be a biblical support for this challenge! Say it was found out that I made my money from peddling pornography. There is ample evidence in scripture to support the idea that having a pornographic website to be antithetical to the walk of a believer; hence, I would be in front of my leaders expediently-and rightfully so. What if I was purporting a false gospel or a form of heresy? That could be supported biblically. Am I free to cheat on my taxes or beat my wife? Of course not. Are my personal dealings with the government separate from my churches oversight? No. They may seem so, but in reality, they are not. Just because we have items that are not under the noses of our local church does not mean they are separate. For example: Say my accountant is a member of another church. He does my taxes and I retool his work on the backend and he finds out about it. He rebukes me in light of Matthew chapter 18; I disregard his rebuke and file these false documents anyways, even after his exhortations to repent. He takes it to the leaders of my church accordingly. They come to me and inquire and proceed as they should. So, to answer the question, if my local oversight told me to take down my webpage, I would have to submit. If I was beating my wife, I would have to submit and cease from such a sinful behavior. If I was cheating on my taxes, I would have to refile and repent. To say to my leaders, stay out of my personal affairs is to say, I no longer believe the gospel and am showing myself to be reprobate. My fruits are poisonous and should be dealt with accordingly.

Nothing that a believer does is independant of our churches. Most recently, a local pastor was caught in adulterous sin and abuse of his computer by entertaining himself by viewing pornographic material. Does this not affect the body? It is an assault that is felt deeply all the way down the body-to the toes! It is a ripple effect, if you will.  You may inquire: ‘Scott, what about things like foods we eat?’

Does not alcohol fall under that dimension? What about if I am glutinous? What are the chances that a church would deal with my obesity? Probably low at best. There are bigger fishes to fry (no pun intended). But ultimately, it could be a consideration. Especially in light of me not being able to function properly as a adequate federal head. My abuse could send a wrong message to my children and wife. My abuse could eventually cause me to not be able to provide for my family. It may eventually be the cause of multiple health disorders cast down upon me for this sin by God. It may affect me in relation to attending weekly Lord’s day meetings. So, even the abuse of food cannot be ultimately seen as independant from the church.

The Lord has called His people to be separate:

It is interesting to note that when Israel teamed up with the Moabites, God did not bless them:

Num. 25:1 Now Israel remained in Acacia Grove, and the people began to commit harlotry with the women of Moab. 2 They invited the people to the sacrifices of their gods, and the people ate and bowed down to their gods. 3 So Israel was joined to Baal of Peor, and the anger of the LORD was aroused against Israel.

Num. 25:4 Then the LORD said to Moses, “Take all the leaders of the people and hang the offenders before the LORD, out in the sun, that the fierce anger of the LORD may turn away from Israel.”

2Cor. 6:14 Do not be unequally yoked together with unbelievers. For what fellowship has righteousness with lawlessness? And what communion has light with darkness?

We believers are called to be separated….

The above warning of separation is not expressed so much as a physical separation as a spiritual one; To be joined to the things of the world spiritually is to not have the love of the father in you. God considers your love of the world to be lustful and an affront to Him.

1John 2:15   Do not love the world or the things in the world. If anyone loves the world, the love of the Father is not in him.

1 Thes 4: 5 not in passion of lust, like the Gentiles who do not know God;

Aristotle said: “The whole is greater than the sum of it’s parts”. 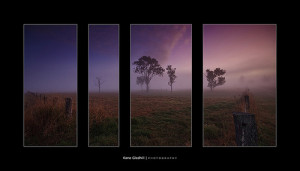