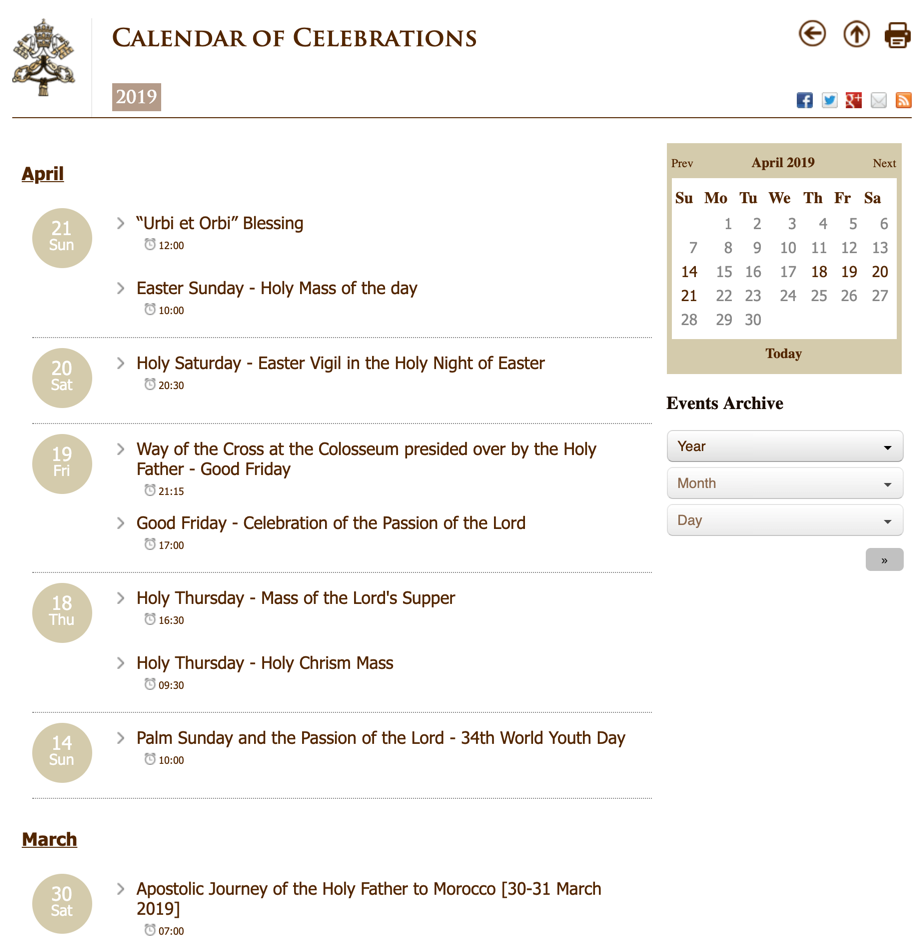 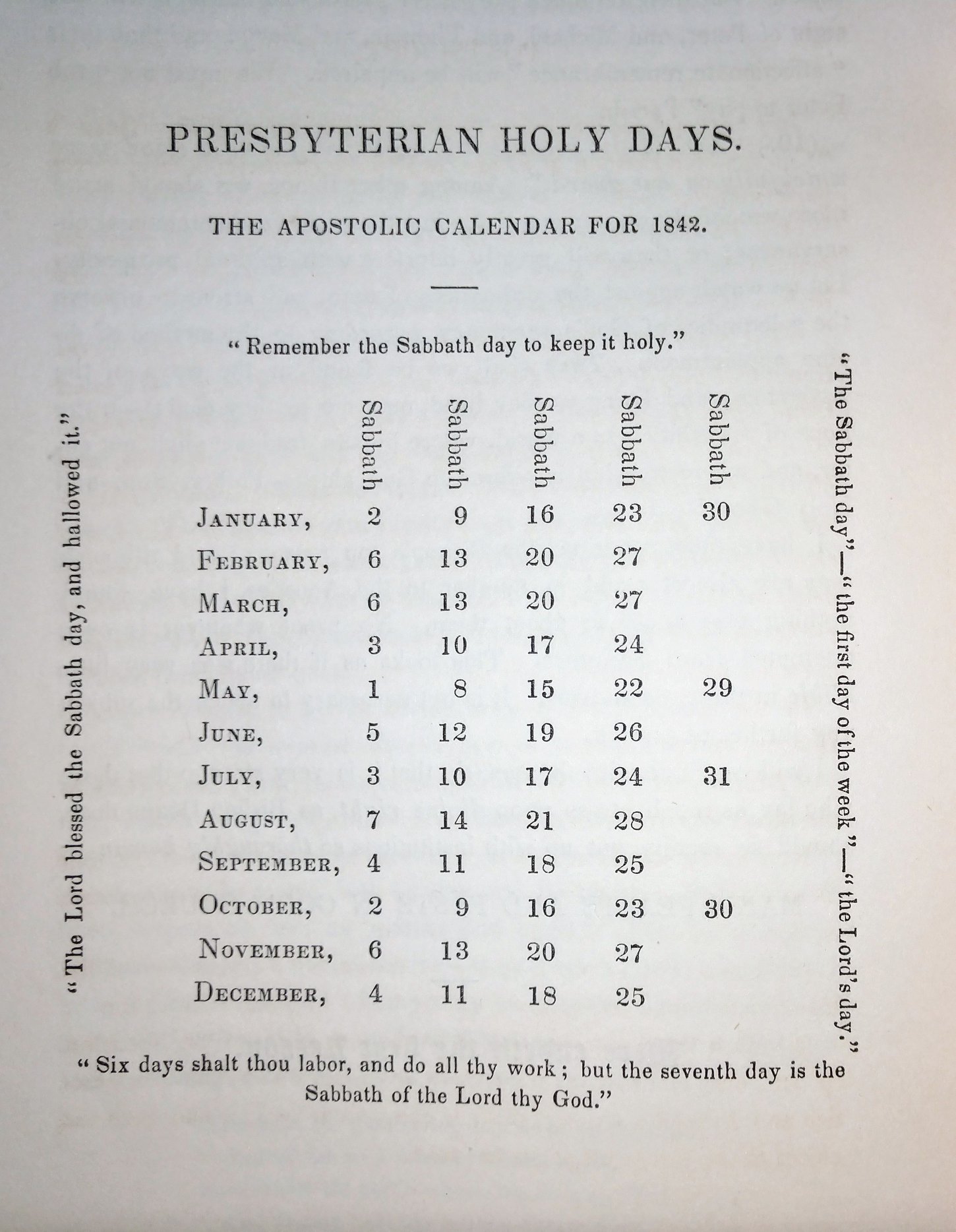 “What Jesus desires of us is not the observance of things He did not command, but the things He did command. ‘Go ye therefore, and teach all nations, baptizing them in the name of the Father, and of the Son, and of the Holy Ghost: Teaching them to observe all things whatsoever I have commanded you’ (Matt. 28:19,20). This is what the Apostles did. They taught the whole counsel of God (Acts 20:27). It did not include Christmas, Good Friday, or Easter, because they were not part of the things commanded by Christ. So, the one who understands ‘the true meaning of Christmas’ (or Good Friday, or Easter) is precisely the one who realizes that they are human inventions. And in order to honor Christ as the only King and head of the church, such a person will not observe these man-made additions to what our Lord commanded. A person such as this may be out of step with a very popular custom. The important thing is that he will be in step with Christ and the Apostles.”

“Christmas, Good Friday, and Easter are Romish sacred days. By this we mean that they have their source in Roman Catholic tradition, rather than in Scripture. . . . [T]here have been times in the history of the Reformed churches when the truth on the subject of sacred days received reverent attention. Already, before John Calvin arrived in Geneva at the time of the great Reformation, the observance of Romish sacred days had been discontinued there. This had been done under the leadership of Guillaume Farel and Peter Viret. But Calvin was in hearty agreement. It is well known that when these traditional days came along on the calendar, Calvin did not pay the slightest attention to them. He just went right on with his exposition of whatever book of the Bible he happened to be expounding. The Reformers, Knox and Zwingli, agreed with Calvin. So did the entire Reformed church of Scotland and Holland. At the Synod of Dort in 1574 it was agreed that the weekly Sabbath alone should be observed, and that the observance of all other days should be discouraged. This faithful Biblical practice was later compromised. But that does not change the fact that the Reformed churches originally stood for the biblical principle. The original stand of the Reformed churches was Scriptural. That is the important thing.”
~~On the Observance of Sacred Days

“Q. Is there any other day holy besides this day [i.e., the Lord’s day]?
A. No day but this is holy by institution of the Lord; yet days of humiliation and thanksgiving may be lawfully set apart by men on a call of providence; but popish holidays are not warrantable, nor to be observed; Gal. 4:10. Ye observe days, and months, and times, and years.”
(Nonconformist minister, Dartmouth, England), An Exposition of the Assembly’s Shorter Catechism (1692).

“Q. May the church appoint holy days, to remember Christ’s birth, death, temptation, ascension, &c.?–A. No; as God hath abolished the Jewish holy days of his own appointment, so he hath given no warrant to the church to appoint any: but hath commanded us to labour six days, except when Providence calls us to humiliation or thanksgiving; and expressly forbids us to observe holy days of men’s appointment, Col. 2:16; Gal. 4:10,11. Q. What is the difference between a fast day and a holy day?–A. The day of a fast is changeable, and esteemed no better in itself than another day; but a holy day is fixed to a certain time of the week, year, or moon, and reckoned better in itself.”
~minister and professor, Associate [Presbyterian] Burgher Synod), An Essay Towards an Easy, Plain, Practical, and Extensive Explication of the Assembly’s Shorter Catechism (1758).

The Larger Catechism on the 3rd commandment reads:

“Q. 112. What is required in the third commandment?

A. The third commandment requires, That the name of God, his titles, attributes, ordinances, the Word, sacraments, prayer, oaths, vows, lots, his works, and whatsoever else there is whereby he makes himself known, be holily and reverently used in thought, meditation, word, and writing; by an holy profession, and answerable conversation, to the glory of God, and the good of ourselves, and others.

Q. 113. What are the sins forbidden in the third commandment?

A. The sins forbidden in the third commandment are, the not using of God’s name as is required; and the abuse of it in an ignorant, vain, irreverent, profane, superstitious or wicked mentioning or otherwise using his titles, attributes, ordinances, or works, by blasphemy, perjury; all sinful cursings, oaths, vows, and lots; violating of our oaths and vows, if lawful; and fulfilling them, if of things unlawful; murmuring and quarrelling at, curious prying into, and misapplying of God’s decrees and providences; misinterpreting, misapplying, or any way perverting the Word, or any part of it; to profane jests, curious or unprofitable questions, vain janglings, or the maintaining of false doctrines; abusing it, the creatures, or anything contained under the name of God, to charms, or sinful lusts and practices; the maligning, scorning, reviling, or any wise opposing of God’s truth, grace, and ways; making profession of religion in hypocrisy, or for sinister ends; being ashamed of it, or a shame to it, by unconformable, unwise, unfruitful, and offensive walking, or backsliding from it.”

“As touching the judgment of divines, we say:

1. Many divines disallow of festival days, and with the church, were free of them. For the Belgic churches, in their synod anno 1578, wished that the six days might be wrought upon, and that the Lord’s day alone might be celebrated. And Luther in his book, de Bonis Operibus [Concerning Good Works], wished that there were no feast-days among Christians but the Lord’s day. This wish of theirs declares plainly that they allowed of no holiday except the Lord’s day; yet Bishop Lindsey must make a fashion of saying something for an answer. This wish (he says) Luther and the Belgic churches conceived, out of their miscontent at the number, corruptions, and superstitions of the festival days, beside the Lord’s day, as ye do.

ANSWER (1.) Their wish imports a simple and absolute disliking of all festival days besides the Lord’s day, and not of their number and corruptions only. (2.) It is well that he acknowledges both them and us to have reason of miscontentment at holidays from their corruptions and superstitions. The old Waldenses also, whose doctrine was restored and propagated by John Huss, and Jerome of Prague, after Wycliffe, and that with the congratulation of the church of Constantinople, held that they were to rest from labor upon no day but upon the Lord’s day, whereby it appears that holidays have had adversaries before us.”

From the Directory for the Public Worship of God

THERE is no day commanded in scripture to be kept holy under the gospel but the Lord’s day, which is the Christian Sabbath.

Festival days, vulgarly called Holy-days, having no warrant in the word of God, are not to be continued.

Nevertheless, it is lawful and necessary, upon special emergent occasions, to separate a day or days for publick fasting or thanksgiving, as the several eminent and extraordinary dispensations of God’s providence shall administer cause and opportunity to his people.

As no place is capable of any holiness, under pretence of whatsoever dedication or consecration; so neither is it subject to such pollution by any superstition formerly used, and now laid aside, as may render it unlawful or inconvenient for Christians to meet together therein for the publick worship of God. And therefore we hold it requisite, that the places of publick assembling for worship among us should be continued and employed to that use.