The Solitariness of God by A. W. Pink 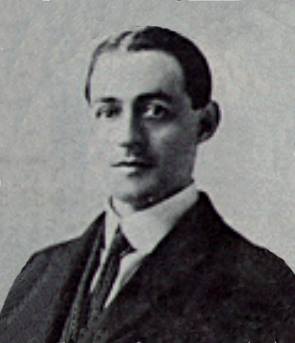 Perhaps the title of the chapter is not sufficiently explicit to indicate its theme. This is partly because so few are accustomed to meditate upon the personal perfections of God. Comparatively few who occasionally read the Bible are aware of the awe-inspiring and worship-provoking grandeur of the divine character. That God is great in wisdom, wondrous in power, yet full of mercy is assumed by many as common knowledge. But to entertain anything approaching an adequate conception of His being, nature, and attributes, as revealed in the Scripture, is something which very few people in these degenerate times have done. God is solitary in His excellency. “Who is like unto Thee, O LORD, among the gods? who is like Thee, glorious in holiness, fearful in praises, doing wonders?” (Ex 15:11). “In the beginning, God” (Gen 1:1). There was a time, if “time” it could be called, when God, in the unity of His nature (though subsisting equally in three persons), dwelt all alone. “In the beginning, God.”

There was no heaven, where His glory is now particularly manifested. There was no earth to engage His attention. There were no angels to sing His praises. There was no universe to be upheld by the word of His power. There was nothing, no one, but God; and that not for a day, a year, or an age, but “from everlasting.” During a past eternity God was alone — self-contained, self-sufficient, in need of nothing. Had a universe, or angels, or humans been necessary to Him in any way, they also would have been called into existence from all eternity. Creating them when He did added nothing to God essentially. He changes not (Mal 3:6), therefore His essential glory can be neither augmented nor diminished.

God was under no constraint, no obligation, no necessity to create. That He chose to do so was purely a sovereign act on His part, caused by nothing outside Himself, determined by nothing but His own good pleasure; for He “worketh all things after the counsel of His own will” (Eph 1:11). That He did create was simply for His manifestative glory. Do some of our readers imagine that we have gone beyond what Scripture warrants? Then we appeal to the Law and the testimony: “Stand up and bless the LORD, your God, for ever and ever; and blessed be thy glorious name, which is exalted above all blessing and praise” (Neh 9:5). God is no gainer even from our worship. He was in no need of that external glory of His grace which arises from His redeemed, for He is glorious enough in Himself without that. What was it that moved Him to predestinate His elect to the praise of the glory of His grace? It was “according to the good pleasure of His will” (Eph 1:5).

We are well aware that the high ground we tread here is new and strange to almost all of our readers, so it is well to move slowly. Let us appeal again to the Scriptures. As the apostle brings to a close along argument on salvation by sovereign grace, he asks, “For who hath known the mind of the LORD? Or who hath been His counselor? Or who hath first given to him, and it shall be recompensed unto him again?” (Rom 11:34-35). The force of this is that it is impossible to bring the Almighty under obligation to the creature. God gains nothing from us. “If thou be righteous, what givest thou him? Or what receiveth He of thine hand? Thy wickedness may hurt a man as thou art; and thy righteousness may profit the son of man” (Job 35:7-8). But it certainly cannot affect God, who is all-blessed in himself. “When ye shall have done all those things which are commanded you, say, We are unprofitable servants” (Lk 17: 10) — our obedience has profited nothing.

We go farther: our Lord Jesus Christ added nothing to God in His essential being and glory, either by what He did or suffered. True, gloriously true, He manifested that glory of God to us, but He added nothing to God. He Himself expressly declares so, and there is no appeal from His words, “My goodness extendeth not to thee” (Ps 16:2). The whole of that psalm is a psalm of Christ. Christ’s goodness or righteousness reached unto His saints in the earth (Ps 16:3), but God was high above and beyond it all.

It is true that God is both honored and dishonored by men, not in His essential being, but in His official character. It is equally true that God has been glorified by creation, by providence, and by redemption. We do not dare dispute this for a moment. But all of this has to do with His manifestative glory and the recognition of it by us. Yet, had God so pleased, He might have continued alone for all eternity, without making known His glory unto creatures. Whether He should do so or not He determined solely by His own will. He was perfectly blessed in Himself before the first creature was called into being. And what are all the creatures of His hands unto Him even now? The Scripture again answers:

Behold, the nations are as a drop of a bucket, and are counted as the small dust of the balance; behold, He taketh up the isles as a very little thing. And Lebanon is not sufficient to burn, nor the beasts thereof sufficient for a burnt offering. All nations before Him are as nothing; and they are counted to Him less than nothing, and vanity. To whom, then, will ye liken God? Or what likeness will ye compare unto him? (Is 40:15-18).

That is the God of Scripture; but, He is still “the unknown God” (Acts 17:23) to heedless multitudes. “It is he that sitteth upon the circle of the earth, and the inhabitants thereof are like grasshoppers; that stretch out the heavens as a curtain, and spreadeth them out as a tent to dwell in: Who bringeth the princes to nothing; he maketh the judges of the earth as vanity” (Is 40:22-23). How vastly different is the God of Scripture from the god of the average pulpit!

Nor is the testimony of the New Testament any different from that of the Old. How could it be since both have one and the same Author? There too we read, “Which in his times he shall show, who is the blessed and only Potentate, the King of kings, and Lord of lords; Who only hath immortality, dwelling in the light which no man can approach unto; whom no man hath seen, nor can see; to whom be honor and power everlasting. Amen” (1 Tim 6:15-16). Such a One is to be revered, worshipped, adored. He is solitary in His majesty, unique in His excellency, peerless in His perfections. He sustains all, but is Himself independent of all. He gives to all and is enriched by none.

Such a God cannot be found out by searching. He can be known only as He is revealed to the heart by the Holy Spirit through the Word. It is true that Creation demonstrates a Creator, and so plainly that men are “without excuse.” Yet we still have to say with Job, “Lo, these are parts of His ways; but how little a portion is heard of him? But the thunder of His power, who can understand?” (26:14). The so-called argument from design by well-meaning apologists has, we believe, done much more harm than good. It has attempted to bring the great God down to the level of finite comprehension, and thereby has lost sight of His solitary excellence.

Analogy has been drawn between a savage who finds a watch upon the sands, and from a close examination of it infers a watchmaker. So far so good. But attempt to go farther. Suppose the savage sits on the sand and endeavors to form a conception of this watchmaker, his personal affections and manners, his disposition, acquirements, and moral character, all that goes to make up a personality. Could he ever think or reason out a real man, the man who made the watch, so he could say, “I am acquainted with him”? It seems trifling to ask, but is the eternal and infinite God so much more within the grasp of human reason? No, indeed. The God of Scripture can be known only by those to whom He makes Himself known.

Nor is God known by the intellect. “God is a Spirit” (Jn 4:24), and therefore can only be known spiritually. But fallen man is not spiritual, he is carnal. He is dead to all that is spiritual. Unless he is born again, supernaturally brought from death unto life, miraculously translated out of darkness into light, he cannot even see the things of God (in 3:3), still less apprehend them (1 Cor 2:14). The Holy Spirit has to shine in our hearts (not intellects) to give us “the knowledge of the glory of God in the face of Jesus Christ” (2 Cor 4:6). But even that spiritual knowledge is fragmentary. The regenerated soul has to grow in grace and in the knowledge of the Lord Jesus (2 Pet 3:18).

The principal prayer and aim of Christians should be to “walk worthy of the Lord unto all pleasing, being fruitful in every good work, and increasing in the knowledge of God” (Col 1:10).