What are the principle Confessions of the Reformed or Calvinistic Churches? by A. A. Hodge 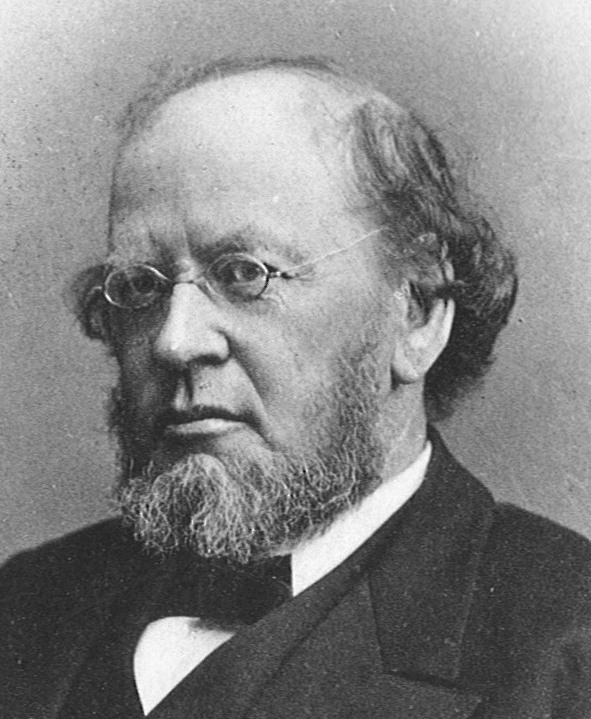 8. What are the principal Confessions of the Reformed or Calvinistic Churches?

The Confessions of the Reformed Churches are very considerable in number, and vary somewhat in character, although they substantially agree in the system of doctrines they teach.

1st. “The oldest Confession of that branch of Protestantism which was not satisfied with the Lutheran tendency and symbol is the Confessio Tetrapolitana,—so-called, because the theologians of four cities of upper Germany, Strasburg, Constance, Memmingen, and Lindau, drew it up, and presented it to the emperor at the same diet of Augsburg, in 1530, at which the first Lutheran symbol was presented. The principal theologian concerned in its construction was Martin Bucer, of Strasburg. It consists of twenty-two articles, and agrees generally with the Augsburg Confession. The points of difference pertain to the doctrine of the sacraments. Upon this subject it is Zwinglian. These four cities, however, in 1532 adopted the Augsburg Confession, so that the Confessio Tetrapolitana ceased to be the formally adopted symbol of any branch of the church.”—Shedd’s “Hist. of Christ. Doctrine,” Book vii., chap. 2.

2d. The Reformed Confessions of the highest authority among the churches are the following:

(2.) The Heidelberg Catechism, prepared by Ursinus and Olevianus a. d. 1562. It was established by civil authority as the doctrinal standard as well as the instrument of religious instruction for the churches of the Palatinate, a German state at that time including both banks of the Rhine. It was indorsed by the Synod of Dort, and is a doctrinal standard of the Reformed Churches of Germany and Holland, and of the [German and Dutch] Reformed Churches in America. It was used for the instruction of children in Scotland, before the adoption of the Catechisms of the Westminster Assembly, and its use was sanctioned by an unanimous vote of the first General Assembly of the reunited Presbyterian Church in the United States a. d. 1870.—See Minutes.

(3.) The Thirty-nine Articles of the Church of England. In 1552, Cranmer, with the advice of other bishops, drew up the Forty-two Articles of Religion, and which were published by royal authority in 1553. These were revised and reduced to the number of thirty-nine by Archbishop Parker and other bishops, and ratified by both houses of Convocation, and published by royal authority in 1563. They constitute the doctrinal standard of the Protestant Episcopal Churches of England, Ireland, Scotland, the Colonies, and the United States of America. The question whether these Articles are Calvinistio or not has been very unwarrantably made a matter of debate. See Lawrence’s “Bampton Lecture” for 1804 on the Arminian side, and Toplady’s “Doctrinal Calvinism of the Church of England,” Dr. Goode’s “Doctrine of Church of England as to Effects of Infant Baptism,” and Dr. William Cunningham’s “Reformers and their Theology,” on the Calvinistic side. The seventeenth Article on Predestination is perfectly decisive of the question, and is as follows:

“Predestination to life is the everlasting purpose of God, whereby (before the foundations of the world were laid) he hath constantly decreed by his counsel, secret to us, to deliver from curse and damnation those Whom he hath chosen in Christ out of mankind, and to bring them by Christ to everlasting salvation, as vessels made to honor. Wherefore they which he endued with so excellent a benefit of God, he called according to God’s purpose by his Spirit working in due season: they, through grace, obey the calling; they he justified freely; they he made sons of God by adoption; they he made like the image of his only begotten Son, Jesus Christ; they walk religiously in good works, and at length, by God’s mercy, they attain to everlasting felicity.

“As the godly consideration of predestination and our election in Christ is full of sweet, pleasant, and unspeakable comfort to godly persons, and such as feel in themselves the working of the Spirit of Christ, mortifying the works of the flesh and their earthly members, and drawing up their mind to high and heavenly things, as well because it doth greatly establish and confirm their faith of eternal salvation to be enjoyed through Christ, as because it doth fervently kindle their love toward God. So, for curious and carnal persons, lacking the Spirit of Christ, to have continually before their eyes the sentence of God’s predestination, is a most dangerous downfall, whereby the devil doth thrust them either into desperation, or into wretchedness of most unclean living, no less perilous than desperation.

“Furthermore, we must receive God’s promises in such wise as they be generally set forth to us in Holy Scripture; and, in our doings, that will of God is to be followed which we have expressly declared unto us in the word of God.”

These Articles purged of their Calvinism and reduced in number to twenty-five, including a new political Article (the twenty-third) adopting as an article of faith the political system of the United States Government, constitute the doctrinal Standard of the Methodist Episcopal Church in America.

(4.) The Canons of the Synod of Dort. This famous Synod was convened in Dort, Holland, by the authority of the States General, for the purpose of settling the questions brought into controversy by the disciples of Arminius. Its sessions continued from Nov. 13, a. d. 1618, to May 9, a. d. 1619. It consisted of pastors, elders, and theological professors from the churches of Holland, and deputies from the churches of England, Scotland, Hesse, Bremen, the Palatinate, and Switzerland. The Canons of this Synod were received by all the Reformed Churches as a true, accurate, and eminently authoritative exhibition of the Calvinistic system of theology. They constitute in connection with the Heidelberg Catechism the doctrinal Confession of the Reformed Church of Holland and of its daughter the [Dutch] Reformed Church in America.

(5.) The Confession and Catechisms of the Westminster Assembly. This Assembly of Divines was convened by an act of the Long Parliament passed June 12, 1643. The original call embraced ten lords and twenty commoners as lay members, and one hundred and twenty-one divines—twenty ministers being afterward added—all shades of opinion as to Church Government being represented. The body continued its sessions from 1st of July, 1643, to 22d of February, 1649. The Confession and Catechisms they produced were immediately adopted by the General Assembly of the Church of Scotland. The Congregational Convention, also, called by Cromwell to meet at Savoy, in London, a. d. 1658, declared their approval of the doctrinal part of the Confession and Catechisms of the Westminster Assembly, and conformed their own deliverance, the Savoy Declaration, very nearly to it. Indeed “the difference between these two Confessions is so very small, that the modern Independents have in a manner laid aside the use of it (Savoy Declaration) in their families, and agreed with the Presbyterians in the use of the Assembly’s Catechisms.”—Neal, “Puritans,” II., 178. This Confession together with the Larger and Smaller Catechisms is the doctrinal standard of all the Presbyterian bodies in the world of English and Scotch derivation. It is also of all Creeds the one most highly approved by all bodies of Congregationalists in England and America.

All of the Assemblies convened in New England for the purpose of settling the doctrinal basis of their churches have either indorsed or explicitly adopted this Confession and these Catechisms as accurate expositions of their own faith. This was done by the Synod which met at Cambridge, Massachusetts, June, 1647, and again August, 1648, and prepared the Cambridge Platform. And it was done again by the Synod which sat in Boston, September, 1679, and May, 1680, and produced the Boston Confession. And again by the Synod which met at Say brook, Connecticut, 1708, and produced the Say-brook Platform.

3d. There remain several other Reformed Confessions, which, although they are not the doctrinal standards of large denominations of Christians, are nevertheless of high classical interest and authority because of their authors, and the circumstances under which they originated.

(1.) The “Consensus Tigurinus,” or the “Consensus of Zurich,” or “The mutual consent with respect to the doctrine of the sacrament of the ministers of the Church of Zurich and John Calvin, minister of the Church of Geneva.” It consisted of twenty-six Articles, and deals exclusively with the questions relating to the Lord’s Supper, and it was drawn by Calvin, a. d. 1549, for the purpose of bringing about a mutual consent among all parties in the Reformed Church on the subject of which it treats. It was subscribed by the Churches of Zurich, Geneva, St. Gall, Schaffhausen, the Grisons, Neuchatel, and Basle, and was received with favor by all parts of the Reformed Church, and remains an eminent monument of the true mind of the Reformed Church upon this so much debated question; and especially it is of value as setting forth with eminent clearness and unquestionable authority the real opinions of Calvin on the subject, deliberately stated after he had ceased from the vain attempt to secure the unity of Protestantism by a compromise with the Lutheran views as to the Lord’s presence in the Eucharist. An accurate translation of this important document will be found in the Appendix.

(2.) The “Consensus Genevensis” was drawn up by Calvin, a. d. 1552, in the name of the Pastors of Geneva, and is a complete statement of Calvin’s views on the subject of Predestination. It was designed to unite all the Swiss Churches in their views of this great doctrine. It remains a pre-eminent monument of the fundamental principles of true Calvinism.

(3.) The “Formula Consensus Helvetica,” composed at Zurich, a. d. 1675, by John Henry Heidegger of Zurich, assisted by Francis Turretin of Geneva and Lute Gernler of Basle. Its title is “Form of agreement of the Helvetic Reformed Churches respecting the doctrine of universal grace, the doctrines connected therewith, and some other points.” It was designed to unite the Swiss Churches in condemning and excluding that modified form of Calvinism, which in that century emanated from the Theological School of Saumur, represented by Amyraldus, Placæus, etc. This is the most scientific and thorough of all the Reformed Confessions. Its eminent authorship* and the fact that it distinctively represents the most thoroughly consistent school of old Calvinists gives it high classical interest. It was subscribed by nearly all the Swiss Churches, but ceased to have public authority as a Confession since a. d. 1722.† All the Confessions of the Reformed Churches may be found collected in one convenient volume in the “Collectio Confessionum in Ecclesiis Reformatis publicatarum,” by Dr. H. A. Niemeyer, Leipsic, 1840, and in Dr. Schaff’s “Creeds of Christendom.”