I will interact with it, if u don’t mind:

I found this paper to be edifying and accurate in most cases; the only thing I see as a problem has it’s direct roots in dispensationalism. Otherwise, the paper is true.

*Abraham had the gospel; so did, all the great saints of old. The Mosaic is an administration of the Covenant of grace. Hence, since Gen 3:15, the first call of the gospel to Adam and Eve, there has been a ‘gospel economy! 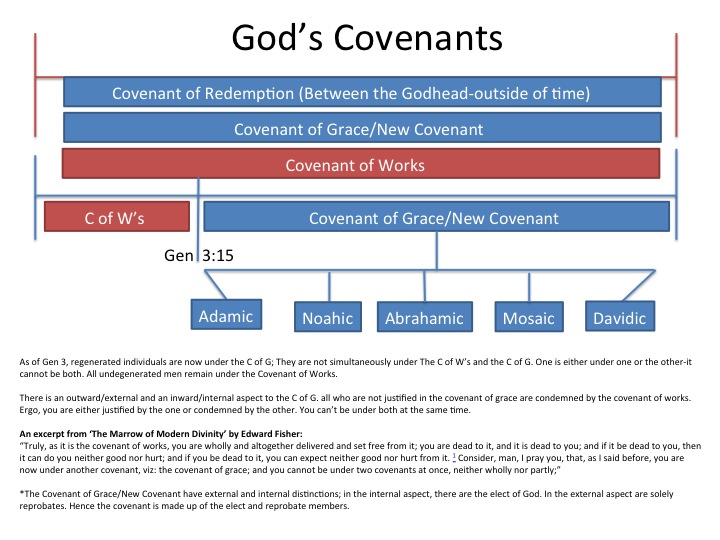 *The 10 commandments are eternal and are called the moral law.

“Q. 97. What special use is there of the moral law to the regenerate?

99. What rules are to be observed for the right understanding of the Ten Commandments?

*The above is pure dispensationalism. The writer has created a large gulf between both covenants.

“Before we label anyone a legalist or in bondage we must understand what legalism is and what spiritual bondage is. Many claim that anyone who says the law of God, in whatever capacity or however defined, is his rule of life is a legalist or under bondage.”

“”flee to Mount Sinai” for life and assurance.

“A legalist is a person who vainly imagines that righteousness and holiness is obtained, improved, or conditioned upon personal obedience to the law of God.”

” A legalist is not one who simply seeks to live by the rule of the Ten Commandments but one who makes his obedience to the law of God the basis of justification, sanctification, and reward in Heaven. ”

“What is God’s law? In Matthew 4:4 Christ said, “It is written, Man shall not live by bread alone, but by every word that proceedeth out of the mouth of God.” Keeping in mind that believers in the New Testament are guided by God’s law as defined in the precepts of the Gospel Economy as declared by Christ and His apostles, we need to say a word concerning the law of God in general.”

*The gospel economy started in Gen 3:15. Christ Himslef said, ‘if you love me, you will keep my commandments’. He clarifies what He means here when he itemizes those commandments: “Matt 19:17 And he said unto him, Why callest thou me good? there is none good but one, that is, God: but if thou wilt enter into life, keep the commandments. 18 He saith unto him, Which? Jesus said, Thou shalt do no murder, Thou shalt not commit adultery, Thou shalt not steal, Thou shalt not bear false witness, 19 Honour thy father and thy mother: and, Thou shalt love thy neighbour as thyself.”

21 He that hath my commandments, and keepeth them, he it is that loveth me: and he that loveth me shall be loved of my Father, and I will love him, and will manifest myself to him.

31 But that the world may know that I love the Father; and as the Father gave me commandment, even so I do. Arise, let us go hence.

*The above goes directly against Christ’s own words………The law of God was given to Adam in the garden-they are a direct reflection on God’s character and are eternal.

*Preposterous. Dispensationalism. There are two covenants in time, the Covenant of Works and the Covenant of Grace. The C of G started in Gen 3:15. The Mosaic covenant is a gracious covenant because all men at this time are saved only by Christ through faith by grace of God.

“The Ten Commandments, which included strict sabbath keeping, was a vital part of the Old Covenant as was the ceremonial law. The whole economy was instituted by God to regulate the worship and obedience of the nation Israel in the land of promise.”

*The law has three distinctions-which you fail to make: ceremonial, moral and civil. God’s moral law is eternal-the ceremonial aspects have passed. The civil, if you are a theonomist, you believe the civil law remains. I won’t argue that point here.

“We conclude then that man’s works and efforts must be excluded from the ground of salvation.”

“Any attempts at obedience aimed at saving ourselves, keeping ourselves saved, making ourselves holy, or securing our final glory, are forbidden because this is legalism and bondage.”

“When God gives us specific rules by which to guide our conduct and worship, we can rest assured that none of these rules are given to promote legalism and bondage. The Old Covenant was not given to Israel to promote legalism and bondage. It was given to be their schoolmaster to lead them unto Christ. It was given to guide their whole economy according to God’s providential goodness and mercy upon them. They had rules and regulations under the Old Covenant. We have rules and regulations under the New Covenant.”

Dispensationalizing. Just because both epochs are different, this does not mean that all of the things from the previous timeframe are tossed aside-to say so is segregating God’s word and going against scripture; God’s word is one book and should be seen as such. The cross of Christ was a consummation of an event that started in Genesis ch 3. The same gospel that was preached to Abraham is preached in our age. There is only one gospel! Since all the great men of faith are saved in the same fashion, we need to consider this when we exegete God’s word in the New Testament.

“We should endeavor to tell the truth because we are God’s people, redeemed by Christ, and made righteous by His grace. To say that this specific command, or any command of the New Testament, is our rule of conduct and obedience is not fleeing to Mount Sinai for sanctification. The problem is not with God’s law nor with a person trying to obey God’s law. The problem lies in the motive.”